Summary: The film that jumpstarted the “slasher” pictures also happens to be the best. 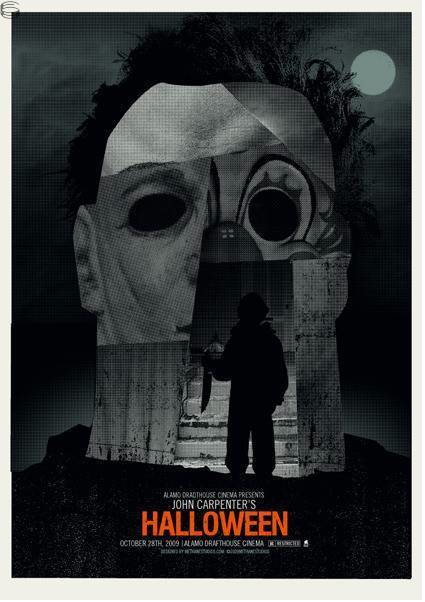 Review:  There’s some argument about what the first “slasher” movie was. Some point all the way back to Alfred Hitchcock’s ‘Psycho’ in 1960, others believe it was 1974’s ‘Black Christmas’, and some, like myself, say it was John Carpenter’s ‘Halloween’ in 1978. The surprising success of this low-budget film was certainly what propelled the genre into mainstream popularity. And in all the years since, it remains the best and most frightening of the “slasher” genre.

There’s something wonderfully terrifying about being hunted. It’s a primal fear, deeply rooted in our ancient, primitive past that stays with us to this day. ‘Halloween’ works because of how it plays on this fear. At first our killer, the deranged masked murderer Michael Myers, is but a shadow out in the distance, and his prey, teenager Laurie (Jamie Lee Curtis), can’t figure out if he’s real or just her imagination. But then, like some predator, Myers weaves his way back and forth, hiding in the shadows, getting ever so closer to his victims. And finally, in the last act of the film is when he at last gives chase in a murderous killing spree.

It’s this pacing that makes this film work. Unlike later “slasher” pictures, which fill to the brim with gruesome murders from start to finish, ‘Halloween’ takes its time, builds tension, and then delivers satisfyingly. The faceless, soulless, and seemingly unstoppable Michael Myers and his eerie presence in the film also instill much fear. A revolutionary character in his day, he is one of the great modern movie villains.

In the years since ‘Halloween’, many a “slasher” has been released. Some have been decent, others bad, and some downright awful. Certainly none have come close to the effectiveness of ‘Halloween’ though. I suggest future filmmakers in this genre look back to it to learn how to make their movies good.