Either he's really good at his job, or there's a hostile alien on the loose wearing a brand new Edgar suit.

Original Post: Edgar Wright: Scott Pilgrim vs The World – The Treatment on KCRW.

The esteemed Mr. Wright is fast becoming one of my favorite filmmakers.  ‘Scott Pilgrim’ sealed that, proving that it wasn’t just the illustrious Simon Pegg providing the fuel for his previous works.  Wright is a talent and an inspiration.  He’s even friends with Tarantino (then again, I hear it’s hard not to be).  This interview with ‘The Treatment’ is extremely informative for budding filmmakers and quite entertaining, regardless.  So I’m reblogging it, for you all.

Review: The zombie subgenre of horror runs on the rules and themes established by its godfather, George Romero, and chief among the allegories is the similarity of modern consumer culture to the ravenous cannibalistic behavior of the zombies. Since romantic comedies are often driven by sex appeal and shiny objects, it’s almost too brilliant to turn one into a Romeroesque zombie movie.  Director Edgar Wright — who should be on my top ten directors list — succeeds in creating the rare perfect mashup, a film that satisfies the appetites of both of its genres.  This means you have to enjoy (actually clever) romantic comedy just as much as gory horror, but if you have the taste, the movie is stunning.  Its packed with references without being loaded down, brisk without being breathless, heartwarming without being schmaltzy, funny without straining for gags, scary without compromise, and all around excellent.

Simon Pegg is Shaun, an electronics salesman who sleepwalks through life.  He lets his best friend, played by Nick Frost, get away with being a couch potato, and fails at giving his girlfriend, Liz, real attention and love.  He’s so checked out, in fact, that a zombie apocalypse sweeps across England and he doesn’t notice until a zombie practically knocks on his door.  Taking a page from the romantic comedy playbook, the filmmakers discard the usual bleak, nihilistic ending of zombie pictures and turn the apocalyptic circumstances into character transformation for Shaun.  The zombie allegory doesn’t just touch the viewer, it gets to the characters, and arguably makes it more powerful.

The movie captures the gritty, horror film look and, partially on account of its limited and aged locations, feels pretty retro.  Edgar Wright mixes this classic look with hyperactive, intelligent shots and transitions, and the result is positively unique, bearing fingerprints I recognize in Wright’s other films as well, the mark of an auteur.  What Wright & Co manage to do with limited locations and budget is positively inspiring for young filmmakers like myself.  Every time I imagine the film, it feels bigger than it looks while I actually watch it.  That’s the spark of imagination.  It’s really quite brilliant, and for the next generation of indie filmmakers, I can’t recommend this stunning debut enough.

Buy It From Amazon: Shaun of the Dead [Blu-ray]

Summary:  A unique, creative, eye-popping movie that gets what it means to grow up at the turn of the millennium. 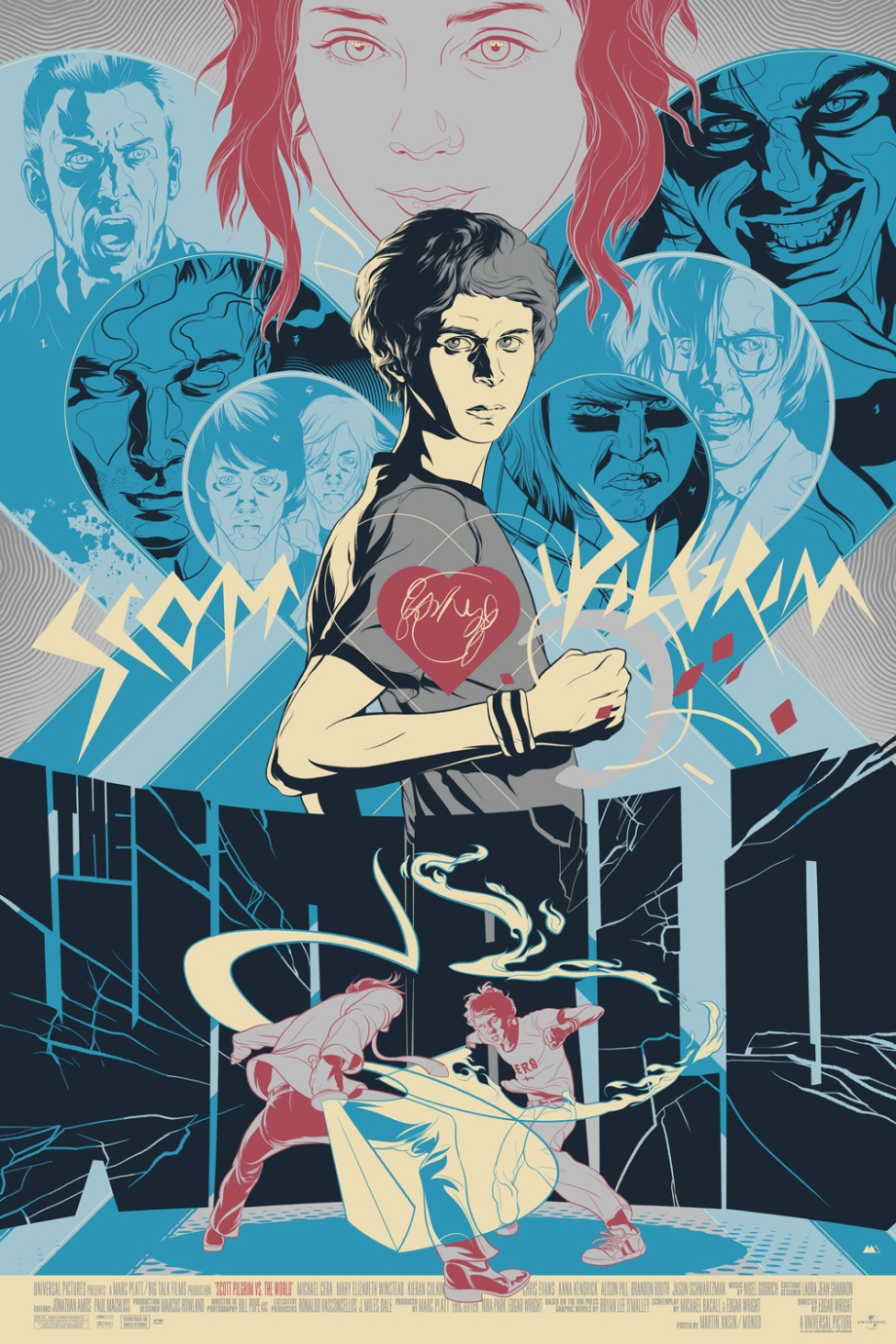 Review: I feel blessed. I’ve been given a gift I didn’t know I wanted. I’m a child of the American 90s, and I have some difficulty, unlike a person from, say, the 60s, 70s, or 80s, really articulating what that means. For every generation there’s a handful of striking films that capture their identity. It may be “just” an action comedy based on a comic book, but ‘Scott Pilgrim Vs. The World’ is one of those films, and that’s probably why it’s going to take some time for the culture to catch up and realize they have something special on their hands.

From the 90s through the 00s, we’ve seen the emergence of the internet and, with it, the rising of geekdom. It’s not just a youth subculture, anymore, it’s pretty much taken over. Hence the massive success of superhero films, the increasing demand for higher quality geek-oriented products, and the pull of websites like aintitcoolnews. Video games are fast becoming recognized as not just juvenile, brainless entertainment, but a legitimate artform, a shift in perspective we can blame on aging geeks like myself.

Based on a comic book series written by Bryan Lee O’Malley, ‘Scott Pilgrim Vs. The World’ completely caught my attention as something special, because it really captures what it felt like to grow up in these past two decades.  It does for 90s and 00s youth culture what ‘Kill Bill’ did for Quentin Tarantino’s childhood and 70s grindhouse cinema.  I was nothing short of thrilled. So, subjectively, it’s a movie I’ll always cherish for really “getting-it”, and just at the right time, too, with my childhood now gone and adult responsibility taking over. When I want a film to show my kids what it was like to be me, growing up at the turn of the millennium, I’ll choose this.

‘Scott Pilgrim Vs. The World’ didn’t go over well in its opening weekend. It’s quickly leaving theaters. The critics generally approved of it, but persons over 25 seemed mostly befuddled, with the possible exception being the 40-year-old dude sitting in front of me when I first saw it who couldn’t stop laughing. It seems that it’s cursed by the generation gap and the fact that summer is over and young folks might not afford to see two movies, so we chose ‘The Expendables’ instead, which is a shame because by all accounts that film kind of sucks. ‘Scott’ may be so perfectly tailored for the “ADD Generation” that general audiences just don’t get it. I’m pretty sure they will, though, once the film hits video, and the geek community catches on.

From a more objective standpoint, without sentimentality, what makes ‘Scott’ so deserving of four stars? The excellence of the craft, the wit, and the invention. ‘Scott’ moves fast and is deeply layered. I sincerely hope it gets an Oscar nod for best editing. The cinematography is unique, striking, and often quite beautiful. In a world of teal and orange, ‘Scott’ dares to use a varied, eye-popping color palate.  It dares to try visual storytelling techniques not seen outside of video games and comic books, and succeeds in making perhaps the most inventive film in the past 10 years.  It doesn’t matter if you get it or like it or not, ‘Scott Pilgrim Vs. The World’ is a significant film.  I happen to think it’s fantastic.

Buy It From Amazon: Scott Pilgrim Vs. The World [Blu-ray]