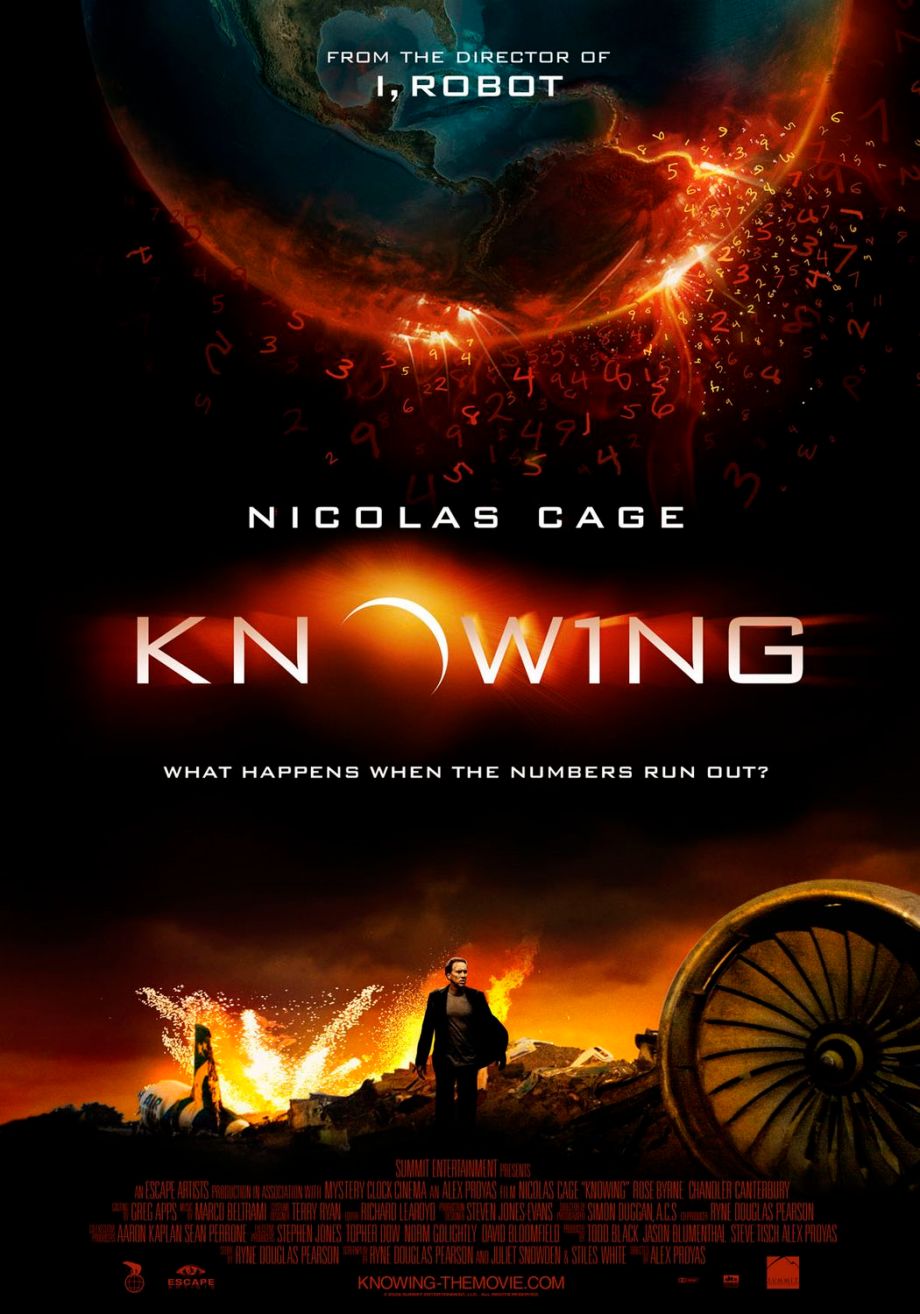 Review: So I pretty much geeked out over this movie when I first saw it. I’ve mellowed since then, and gotten control of my mind, so perhaps I can reflect more effectively on the ‘Knowing’ experience.  Director Alex Proyas has constructed a very effective philosophical thriller, but you have to be the kind of person (open to the concept of wonder, which is rare these days) that can take it in.

Like his previous films, Proyas gives ‘Knowing’ a really distinct atmosphere that sticks with you.  The man-on-the-ground perspective gives the intense, apocalyptic imagery a poignancy that big, dumb disaster movies can’t touch.  The disaster sequences are elemental, focusing on fire, dust, darkness and light, respectively.  Since it was shot on digital, it has an eerie, documentary feel.  The story is divisive because it doesn’t try to justify its supernatural elements.  They’re simply present, and confusing, and at once terrifying and comforting.  This is much like real world religions.  Every one of them has fear and love mixed together down to the core, and it indeed takes faith to turn confusion into catharsis.  Due to the rise of scientism, faith is considered childish and unevolved, and its hard to apply it even to fiction.  Its a sad thing, because faith is a crucial component of imagination.

The performances at the heart of the film are very strong.  Nicolas Cage is an underrated, oft-derided actor, and he carries the emotional burden of his character very well.  The supporting cast is good, especially the child actors, whose characters seem to be the only ones at relative ease with the impending doom of the world.

‘Knowing’ is proof that Alex Proyas isn’t out of ideas nor has he lost the ability to realize them.  I look forward to his next dream.