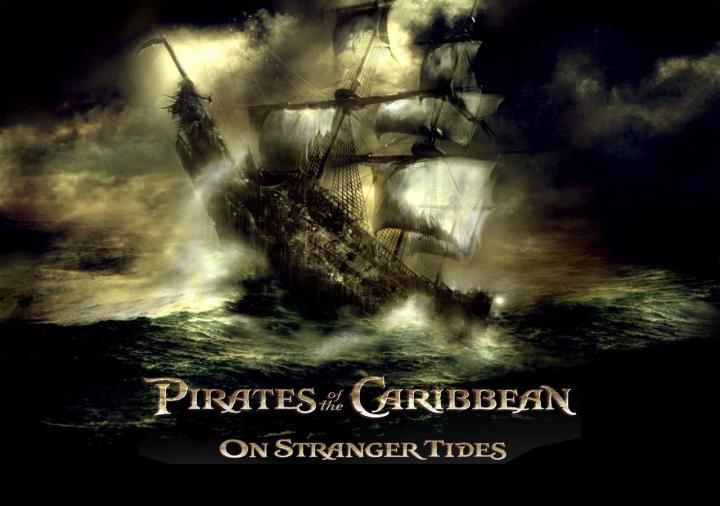 It seems I’m stuck in a Disney rut.  The object of discussion today is the fourth ‘Pirates of the Caribbean’ sequel, ‘On Stranger Tides’, which, as Collider attests, has awesome theater displays.  It also has a mediocre trailer, which is embedded below.

So to rephrase the headline, when does an exciting voyage into the unknown (a new story) become a run-of-the-mill tour?  What made the first ‘Pirates of the Caribbean’ film good was its organic story and its fresh, witty, tongue-in-cheek take on classic adventure cinema, a spiritual cocktail of ‘Captain Blood’, ‘Jason and the Argonauts’, and countless serials.  The second and third sequels attempted to elevate the material into a saga, and while the spectacle was suitably spectacular, it lost some of the magic through overexposure.  I’ve said it before, familiarity kills wonder, and if a sequel shows us the franchise’s hand too early, it becomes tedious.  I’d say that this franchise’s premise has run its course.  A pleasant surprise is welcome, but despite getting back to basics and focusing on fan favorite Jack Sparrow, the new film appears to check off the ‘Pirates of the Caribbean’ list faithfully and doesn’t try for anything more.  An adventure film is first a spiritual journey, and the sum of the trappings, exotic locales, beautiful people, inventive action sequences, and what have you, is only whipped cream on the pie.  If the plot centers on the Fountain of Youth, this germ should grow through the characters, and should come to dominate the film’s iconography and advertising.  Watching the trailer, I never get the sense that anybody is defying old age or really has any motivation beyond fortune, and greed has already been explored satisfactorily in the previous entries.  I don’t see a story about the Fountain of Youth.  I see a movie full of sound and fury, signifying nothing.  An adventure film’s substance is spirit, not spectacle, and I fear that ‘On Stranger Tides’ is heavy on the latter.

2 thoughts on “NR: When A Voyage Becomes A Tour”