Summary: A solid but misdirected and mismarketed adventure that’s quite a lot of fun. 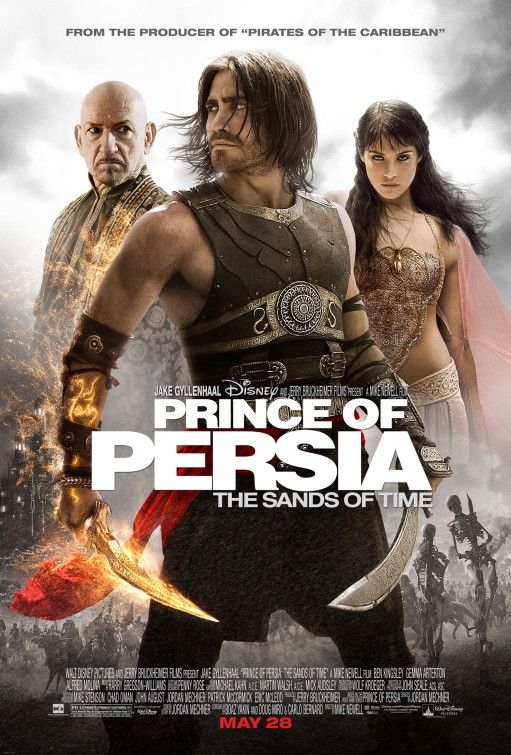 The movie's much more colorful and exciting than the marketing.

Review: ‘Prince of Persia’ is something of a cinematic oddity. It’s staunchly old-fashioned, but filmed and marketed in the modern gritty style of the ‘Clash of the Titans’ remake and ‘Quantum of Solace’. In truth, this is a script and a concept that deserved a Spielberg, Lucas, Zemeckis, Verbinski, or even a Del Toro at the helm. That’s not to say that director Mike Newell gets it completely wrong, but there is a noticeable disconnect between his approach and what the film should have been.

That said, it still succeeds remarkably well.  The tone it strikes is just right.  The cast obviously understands the material and hams it up accordingly.  Say what you will about the dubious decision to cast almost all Caucasian actors in a movie about ancient Persia, but it’s perfectly in line with the old adventure films that it tips its hat to.  This is a Republic serial, a B-movie, an ‘Indiana Jones’ or ‘Star Wars’.  It deals with horrific imagery and family unfriendly deaths in a similar manner to ‘Raiders’, remarkably not letting them detract from the broad appeal and sheer fun of it all.  It overdoes a few things, but so did ‘Temple of Doom’.  I think it’ll catch on.

The big weak points, to my taste, are the cinematography, which moves way too fast, and the score, which aside from referencing Maurice Jarre does nothing special or particularly memorable, which is a shame because it was composed by Harry Gregson-Williams, whose music for the ‘Narnia’ films was so memorable it became downright annoying.

The story is traditional.  It doesn’t try to create a unique twist on genre or expectation, because it already has enough of a task transforming the elements of the video games upon which the film is based into a solid cinematic narrative.  It would’ve been nice if it had enough freshness to breathe new life into its chosen genre, but sadly, it doesn’t succeed in this manner, while producer Bruckheimer’s ‘Pirates of the Carribean’ did. The marketing and the reputation of video game movies to suck didn’t do it any favors.

I enjoyed it.  Flat out.